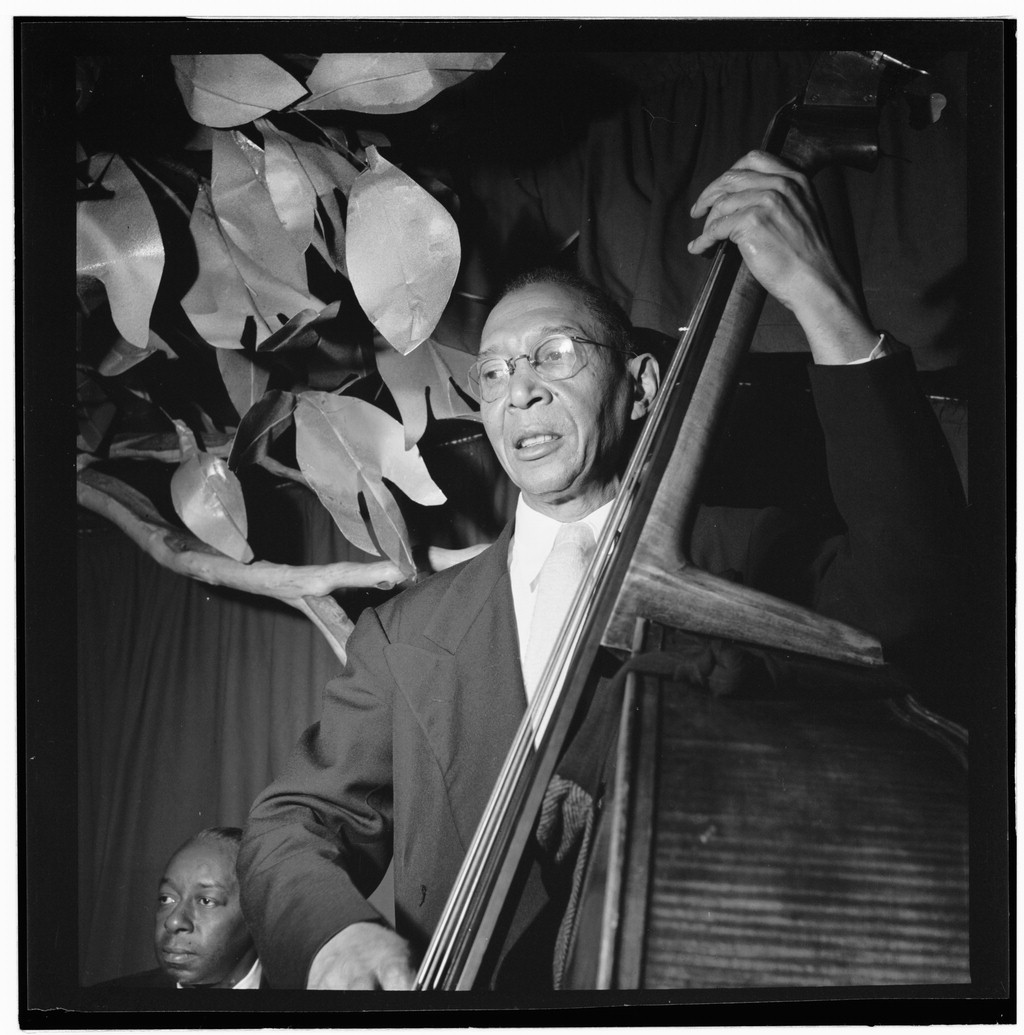 He also left an autobiography rich in detail and humour, a fascinating and absorbing read for anyone interested in ‘twenties jazz which I highly recommend. In his book Foster also reveals some interesting and valuable insights into how drummers performed, behaved offstage, equipped themselves and were perceived by other musicians during the period.  Here are some highlights pertinent to matters percussive:

Pops on playing in the rhythm section:

“The bass and the drums are the foundation that the rest of the band works on. I don’t think the bass or the drums are solo instruments. They’re the rhythm, and I don’t like to play solos. What I like to do is get romping on a fast number.”

“Drummers are the biggest problem bass players have. It seems like they’re always trying to drown out the bass by hitting the cymbals. Sometimes they play so loud you can’t even hear the trumpet player. In my life I’ve played with a whole lot of bad drummers and a lot of good ones. Baby Dodds and Tommy Benton are a couple of good ones.” [It seems Tom Benton – who mostly played piano and guitar – really is intended here, rather than the drummer Tommy Benford – NDB.]

“The guys called Dixieland players today think the louder you play, the better you are. Most of them are just loud. Back in the early days we used to play soft and hot. Most of the time it was so quiet you could hear the people’s feet shufflin’ on the floor.”

“About 1920 or ’21 guys started taking down their horns after they’d blown a chorus [rather than continuing to play backings behind other soloists]. Now the rhythm guys are the only ones who work hard. They play all the way through, and the bass player stands up all the time.”

“Shows are the hardest thing to play, especially for toe dances. They’re counting beats all the time, and the musicians got to be following the music very close. The drummer has got to read and be very good because he hits the drums on catches and jumps. If he misses, the whole thing looks silly.”

[In Luis Russell’s band] ‘the rhythm was playing great together […] soft so you could hear people’s feet scraping on the floor. You could stand right in front of the band and they weren’t blasting you out […] Paul Barbarin […] and a whole bunch of great guys. […] We rehearsed a lot. But you’ve got to rehearse to get things together no matter what kind of band you’ve got. We used to have separate rehearsals for the saxes, the trumpets, the brass, the reeds and the rhythm.”

Pops on drummers he played with:

“There were only two drummers around town [New Orleans] who could read music, Walter Brundy and Zutty Singleton. Walter was the best drummer and reader […] Walter left for Chicago around 1918 or 1919.”

“The old guys in the brass bands would make the new players play the bass drum to get their rhythm, and most of the drummers around New Orleans started on bass drum in a brass band. The only drummer out of New Orleans that never had much rhythm was Zutty Singleton. Zutty was a hardheaded guy who was headstrong and would never listen. He was always wanting to fight about something, but he never did. He just wanted to make a big disturbance.”

“Black Benny, the drummer, was always in trouble and lived in jail most of the time. He was a very good bass drummer and when we had a funeral to play we’d go down to the captain and get him to let Benny out of jail to play.”

“Jean Vigne […] was partners with [John] MacMurray, who was another good drummer. He could read like [Louis Cottrell] and was more of a show drummer.”

“Curtis Mosby […] was more of a promoter than a musician and wasn’t too good on drums. When the band had to play big shows, Curtis hired Lionel Hampton to play drums.”

“Baby Dodds was really a good friend of mine, one of the best I’ve had in a lifetime. We played a whole lot of jobs together. He’s also one of the best drummers. He never overplayed his drums. I’d play a little riff and he’d just keep the beat instead of trying to drown me out.”

“We couldn’t get Baby Dodds [for the Streckfus riverboat band] so we got another guy named Alexander Lewis. He was a nice little drummer. He didn’t think the job was gonna last, so he quit and went with one of them little touring shows. We had Louis Cottrell for a while. He was one of the best drummers we had around New Orleans both for a show drummer and an all-around drummer. And music you give him he could play. We ended up having three or four drummers before we got to Baby Dodds, who could read good enough.”

“The first snare drums I saw in the bands were the bodies of five-string banjos. The guys would cut the neck off a banjo, lay it on a chair and beat it. They didn’t have no stands. The guys liked them because they had a tinny sound. The bass drum had a cymbal on the side to play with the sticks. After a while they had a sock cymbal on the floor that you patted with your foot. Finally they hooked up a hammer to the foot pedal that worked the maul [beater] of the bass drum. When you hit the foot pedal, the hammer hit the cymbal and the maul would beat the bass drum.”