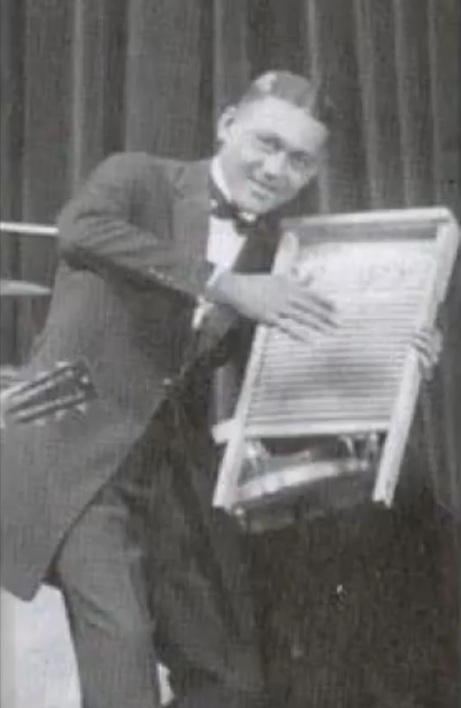 The tradition of washboard jazz is a deep and wide-ranging one, with numerous legendary players down the decades occasionally having reason to pop the thimbles on at one time or another in search of a bit of down-home gutsiness, a crowd-pleasing showpiece or simply a lightweight and space-saving alternative to the drumset. But the origin of scraping the humble kitchen utensil in order to imbue a jazz band with hot rhythm comes down to one man as far as I can see, Texan percussionist Jasper Taylor. I’ve already gone into the story behind Taylor’s innovation in his chapter (see ‘Heroes #4’), but suffice to say no-one played washboard jazz before him, as far as I can tell.

My own journey with the washboard has been long and initially reluctant. I first began tinkering with a modern metal one in about 2010, having joined a band heavily inspired by the British 1960s revival band The Temperance Seven, in which percussionist Brian Innes rarely played any drums at all but instead scraped a metal washboard with drumsticks. This was all very well but even then I was interested to know where Innes had got his style from, as I couldn’t find anything like it on real 1920s records. Later I began playing in a more authentic thimble style, with the board strapped to my chest (I still do this occasionally – as a novelty feature with Alex Mendham’s orchestra, for example). However, things really changed about two years ago, when with Horniblow’s Hot Three I began a project recreating repertoire originally recorded by an obscure trio led by the ‘gaspipe’ clarinetist Jimmie O’Bryant and featuring pianist Jimmy Blythe and Taylor on washboard. Initially I just played my thimble-style washboard and thought no more about it, but on immersing myself in the records, it dawned on me that not only does Taylor not play the washboard in the same way modern players do (he scrapes it only very rarely, for effect, and uses no extra ‘traps) but the actual sound of his instrument is unlike anything I’d heard before. It’s not a harsh metallic sound like a modern washboard at all, but a mellower, woody one. It sounds, in fact, more like a woodblock, or like several woodblocks of various pitches. ‘But a woodblock you can scrape…’

Despite the existence of a rare photo of Taylor ‘playing’ washboard (see top of page) we still have no idea whether this is the one he recorded with. Even if it was, he can’t have played it in the strange one-handed pose used for the photo – he clearly used both hands. It’s also hard to tell from the photograph what the rub board was made from – metal, glass, or the wood that the records suggest.

After about a month of listening to the Jimmie O’Bryant trio records and digging further into Jasper Taylor’s other work (notably with Jelly Roll Morton, Freddie Keppard and his own Original Washboard Band) I resolved to build an object that might hopefully allow me to achieve some of the sounds I was hearing him create. A woodblock is essentially a hollow, resonant space with a hole or slit to allow the air out. If I could make a kind of flat wooden box with a corrugated top, I hoped it might sound about right. Here are some photos from the construction process: 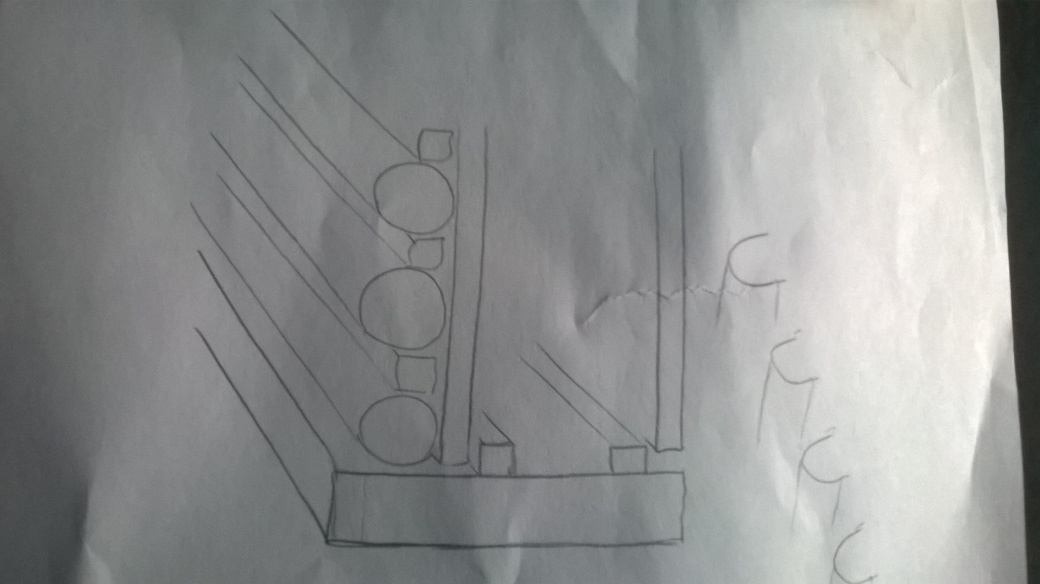 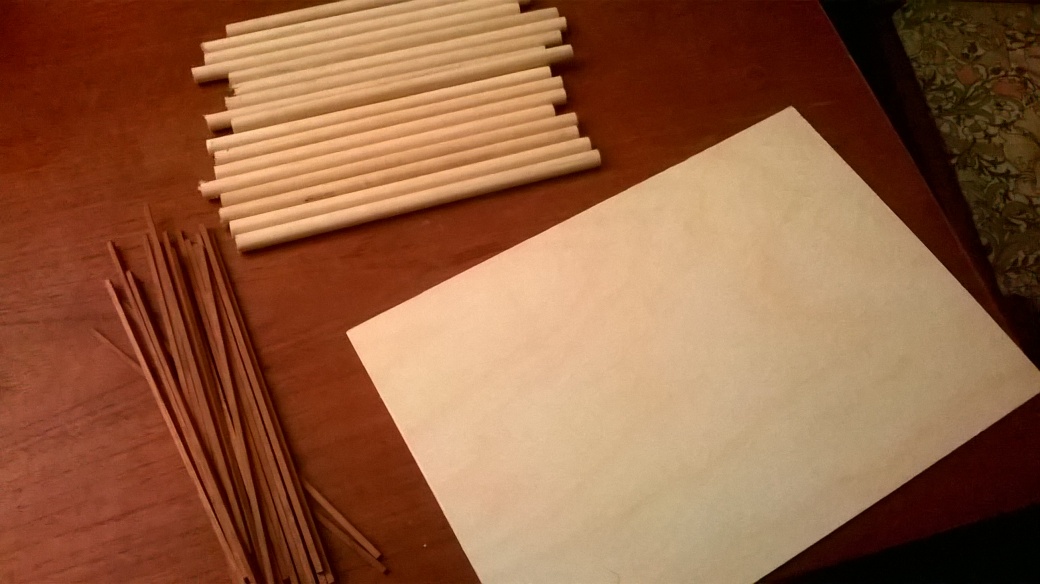 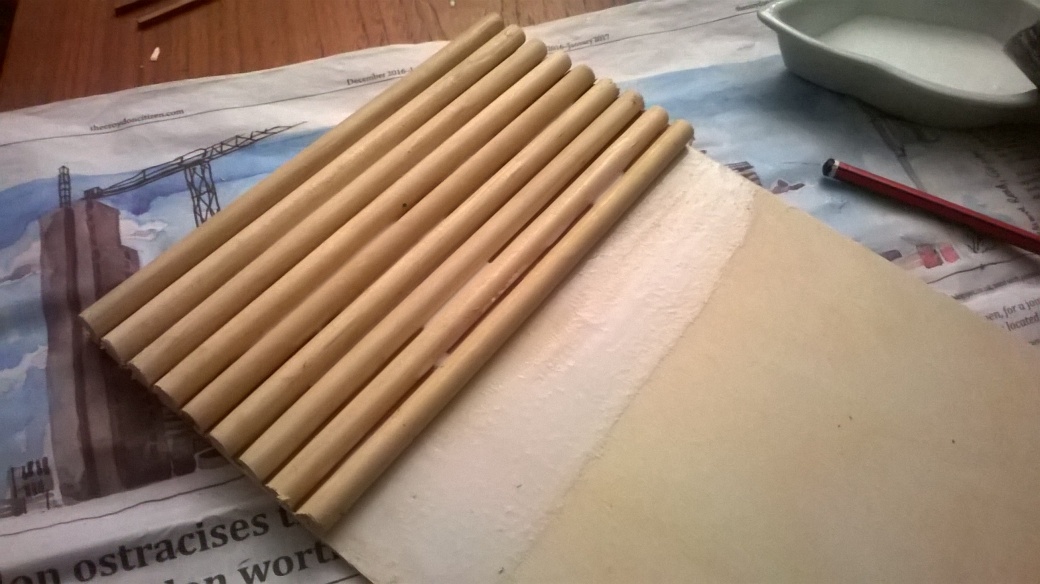 Making the rub board 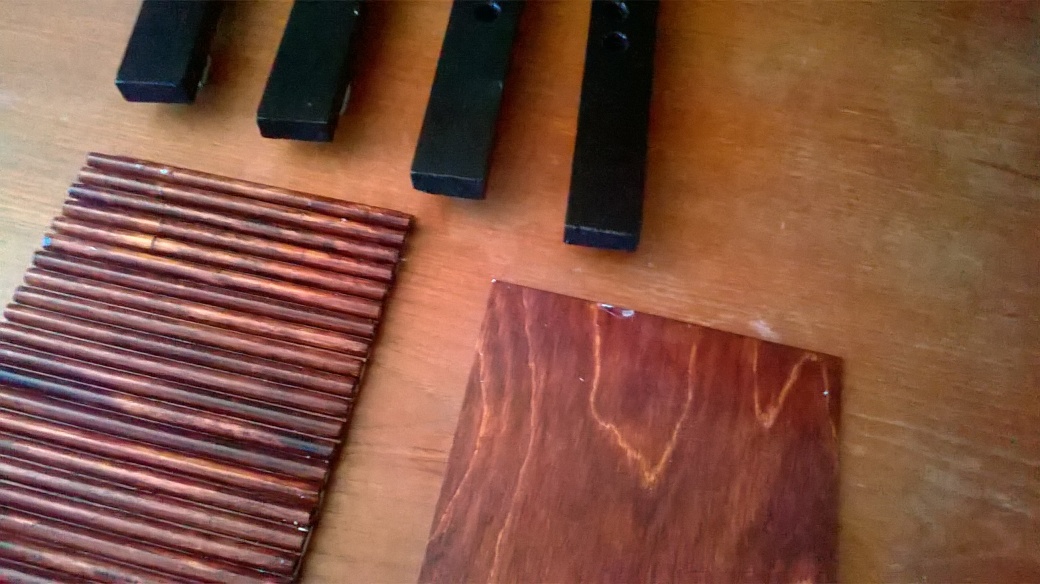 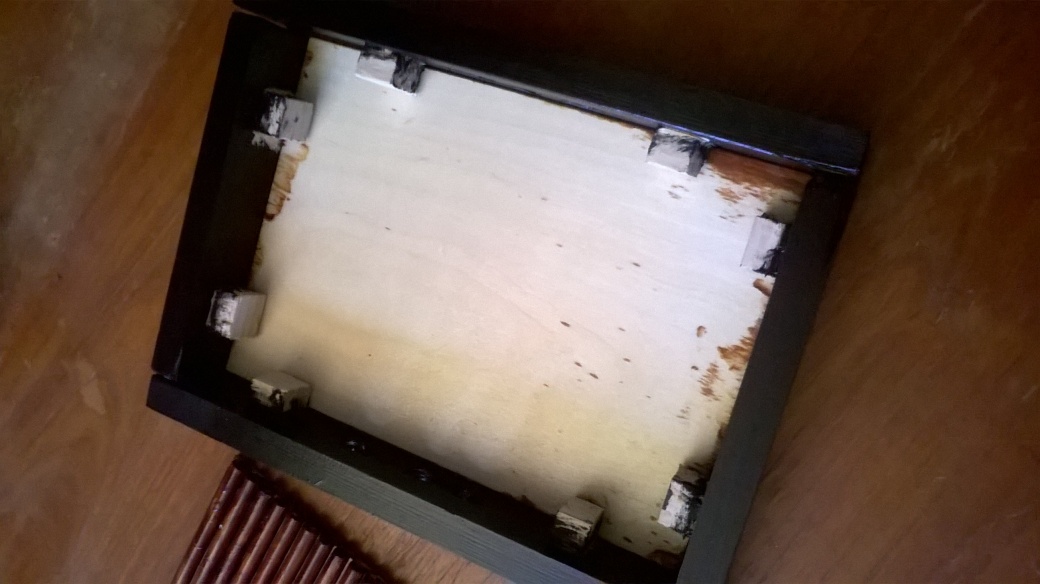 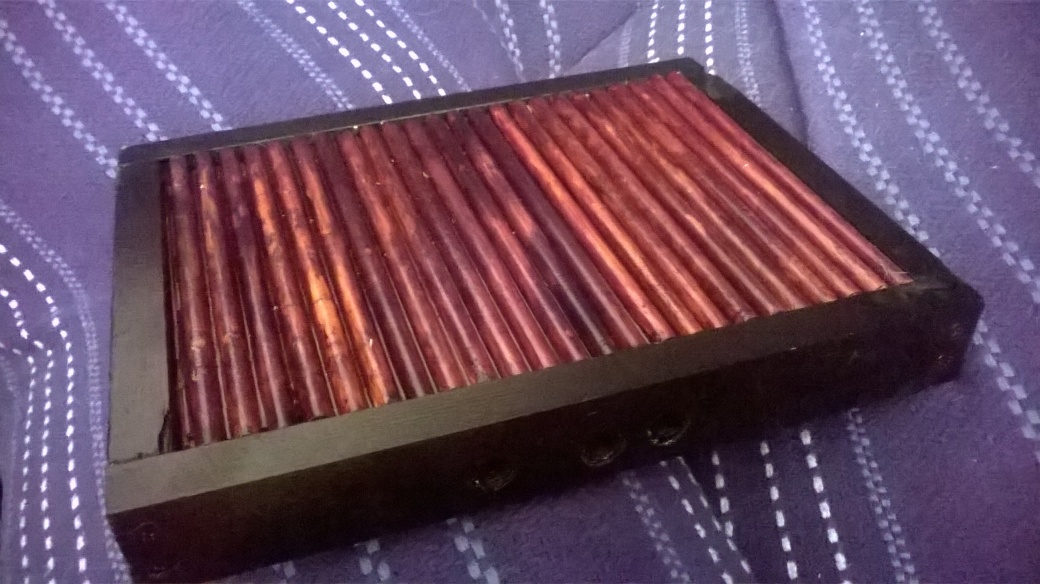 I built the washboard to be A4 size, partly to save on cost and effort (you can cheaply buy craft wood in pre-cut A4 sheets) but also so that the finished board, if it was satisfactory, would be easy to pop into a case for gigs. I finished it off with the same hardwood stain and lacquer that I used on the floors of my house (I had some left over, and if it’s tough enough for floors…). The finished board is a good bit quieter than the metal ones, but so much more varied in the types of texture you can get from it.  I’ve recorded with it several times already and it seems to record pretty well. Musicians have commented on how unusual the sound is and how much more space there is sonically, compared to the harsh, caustic sound of a metal washboard being scraped.

In situations like this your ears must be the guide, and I’m pretty happy with this strange wooden object (can you even really call it a washboard?) – and played flat on the lap with heavy pewter thimbles, sound-wise, I reckon it comes pretty close.